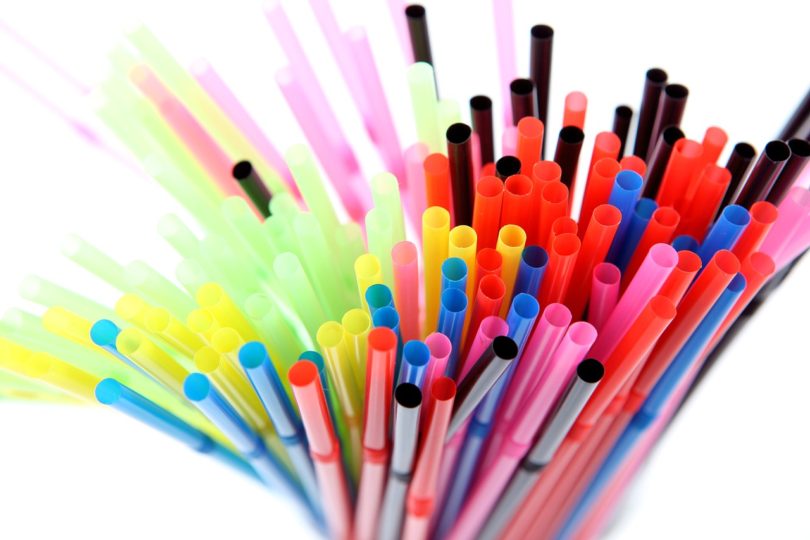 Co-author of California Assembly Bill 1884, restricting use of plastic straws, signed into law in September of 2018.

What is the political future for plastics straws? What about the straw man?

I recently became aware of your efforts involving Assembly Bill 1884, restricting the use of plastic drinking straws. I was taken by your comments that you wanted to raise awareness on the effects they have on the environment. I appreciate your enthusiasm, and your desire to make the world a better place. However, I do think your efforts are misguided. As a practicing mechanical engineer, I also feel the need to provide you with some important facts about manufacturing, plastics, and human behavior.

Focus on the Issues

Here in California, we have lots of issues. We have issues with illegal immigration, affordable housing, water rights, water use, data breaches, corporate malfeasance, government cover-ups, and taxes that are through the roof. We have issues with school shootings and sex trafficking. We have thousands of alcohol related deaths every year, and there are now more than 30,000 black men incarcerated in California prisons. But you want to talk about plastic drinking straws.

OK, let’s talk about that.

What is a drinking straw?

A drinking straw is a simple thing. It is a short tube, perhaps 5-6 inches in length. It is a classic example of what we engineers call a thin-walled structure, where the performance is dependent mostly on the overall size and shape of the device, rather than the thickness. Drinking straws have been used throughout human history. They have been made from plants, from mud, from paper, from metal, even from glass and ceramics. The word straw actually refers to the dried stalk of a cereal grain, such as wheat, oats, barley, etc.

Today, most drinking straws are made from thermoplastics using a technology called extrusion molding. It is a cost effective, energy efficient manufacturing process, and when done right, is environmentally friendly, and 100% sustainable. A plastic drinking straw is perfectly suited for recycling. In many ways, a plastic straw is an incredible piece of technology.

Personally, I don’t use drinking straws very often. I prefer to drink liquid straight out of a glass, or a bottle. Usually, when I drink something, I guzzle and gulp, and I spill a little bit of liquid (sometimes a lot). I then wipe my mouth with the back of my hand, and then wipe my hand on my pants. But that’s just me. And I don’t think my personal experiences with drinking straws should be used as a case study when creating public policy that affects the lives of millions of people.

As far as I can tell, plastic drinking straws are rather benign. They are reliable, re-usable, and 100% recyclable. And they are safe. Despite what Hollywood may imply, no human being has ever died as the result of an attack by a plastic straw, either in the wild, or in captivity. Furthermore, there are a great number of people who rely on the use of plastic straws for their health and well-being.

So why do you want to ban them? I really don’t know. Yes, I hear you about how people mis-use plastic drinking straws, and about how many plastic straws are in the waste stream. The data is mind boggling. Human beings seem to have an innate ability to fill the world with trash. A discarded plastic straw belongs in the ocean about as much as fish poop belongs in the California Assembly. But is banning plastic straws the answer? It just doesn’t make any sense to me.

As an alternative, maybe you could pass legislation to ban litter, completely. To enforce it, you could allow prosecutors and judges to apply severe penalties: limb amputation for first time offenders, the death penalty for repeat offenders. The penalties would be the same for any offender, for any type of litter, no matter what it was made from. So, regardless of the details, the same penalty would apply, whether the litter was a plastic straw, a napkin, a tampon, an old shoe, an abandoned car, or a campaign flyer for an upcoming election.

Or maybe you could pass legislation to implement a comprehensive recycling strategy for the state of California, involving not just plastic straws, but for consumer items of all kinds, regardless of what material they are made from. You could require all persons in California to comply, with the same penalties as for littering.

Or maybe you could pass legislation to ban stupidity? This might be a little more difficult, because stupidity is so pervasive. It even surpasses ignorance. As a bare minimum, maybe you could pass legislation requiring anyone who wants to run for public office to pass some basic intelligence tests, involving the use of logic, debate, cognitive thinking, and deductive reasoning (especially the use of common sense).

Years ago, when I became a registered professional engineer, I took an oath that I would uphold the safety, health, and welfare of the public in all of my professional activities. I keep a framed copy of my registration certificate in my office to remind myself of that oath. Perhaps you can sponsor a bill that would require every public official to take a similar oath?

Plan for The Future

I realize some of my ideas may be impractical, or politically incorrect. Please consider them as food for thought, to explore and discuss.

I do recommend you take some concrete steps to plan for your political future. First, go to your local super market, and buy a package of toilet paper. It could be any brand, any size. It could be soft and gentle, or hard and unforgiving. Doesn’t really matter. When you get home, open the package. Throw away the plastic wrapping (please don’t concern yourself with recycling it – you obviously have far more important things to deal with). Put the contents of the package in your bathroom, for when you need it.

When the time comes, when you decide you need to use the toilet paper, use it as you see fit. After you have finished, flush the paper down the toilet. Please don’t be concerned with where it goes, how it gets to its intended destination, what happens to it when it finally gets there, or the infrastructure that is in place to allow all of that to happen – safely and reliably – without you ever having to think about it. Then, pull up your pants, tuck in your shirt, and head over to the sink. Wash your hands thoroughly, and dry them. You can use a towel, or you can blow on them gently. From what I can surmise, you are full of hot air, so you should be able to dry your hands quickly and efficiently.

Once your hands are clean and dry, stand up, look in the mirror, and smile. Then kiss your sorry ass good-bye at any chance of getting re-elected.

Eric’s newest book, Poly and the Poopy Heads, is a children’s book about plastics and recycling. The story is intended to teach children about the world around them, including how things are made, and how they are used. It is also intended to teach children the importance of asking questions, especially when the rules are being made by poopy heads.