a lesson in design based on the teachings of Archimedes

It’s a trick question, but it’s also a revealing anecdote about the human experience.

As children, we learn that certain things – like feathers – are easy to pick up, and other objects – like rocks – are not. This learning is tempered by touching and feeling different objects – feathers, fabrics, wood, stone, steel – and our experience with the size of these objects. We may describe something as being light or heavy, but we are really speaking about the objects weight-to-size ratio. Archimedes named this “density.”

In March of 2102, I was at the National Plastics Expo in Orlando, Florida. It’s held every three years, and is the largest plastics trade show in the world. While I was there I visited the booths of as many materials suppliers as I could.

A distributor named Technical Polymers had an interesting presentation. One of their reps said to me, “Check this out,” and handed me a small, oval-shaped part. It was the size of a business card, and as thick as an iPhone. It had a logo, and could have passed for a decorative label. Like most plastic parts, it was warm to the touch, almost organic in its feel.

But when he let go of the part my hand almost fell to the floor. It was like someone had switched on an extra gravity field. This thing wasn’t like a rock or a piece of steel or even a piece of lead. It was out of this world heavy. My visceral reaction was, This thing is alien. I can only surmise the look on my face.

“What is this?” I asked. They all laughed.  “It’s a new material from Ecomass. It’s a thermoplastic resin with a tungsten based filler. It has a higher density than lead, but is non-toxic and environmentally friendly.”

All I could think was, “Wow. This is really cool.”

Then I started thinking about feathers and rocks. 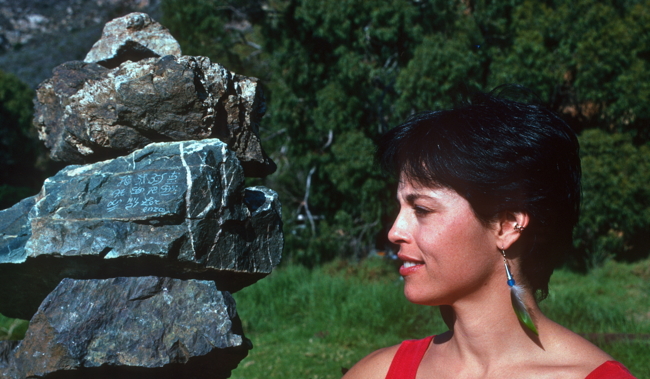 It reminded me how the density of every part in a system affects the feel. Whether it’s the gel filled section on the barrel of a pen, or the elastomer keypad on a smart phone, or the insert on the face of a putter. The material in each part affects the system, the overall weight, the overall balance, the vibrational characteristics of the system, the feel, the heft.

At Art of Mass Production this is one of the things we evaluate in our use of materials.

I like to call it DFH – Designing for Heft.