With friends, family, and dinner parties, the question is inevitable: Of all the things you’ve designed, what is your favorite? For me, it is an unremarkable-looking insulin pen.

With friends, family, and dinner parties, the question is inevitable: Of all the things you’ve designed, what is your favorite?

The temptation is always to tout something exciting, revolutionary, or aesthetically beautiful. In 30+ years as a professional engineer and designer, I’ve worked on airplanes, some really cool furniture, sports equipment ranging from water basketball games to boogie boards, and numerous medical devices that extend and/or improve lives.

But my favorite design is an unremarkable-looking insulin pen. The kind of thing promoted in ads featuring Wilford Brimley and automatically mailed to your residence each month. Something so mundane that when I stumbled across one a few years ago – in my mother’s refrigerator no less – it took me a moment to even recognize it.

It’s a great little device. Simple enough to use that the average adult can properly dial and inject a precise amount of insulin by his/her self. Mass produced to keep the costs down. Anyone requiring insulin injections will tell you that’s a life-sustainer. It won a bunch of design awards when it was first introduced. Where it stands out is that it does exactly what the design/engineering team intended. And it has done so reliably to the tune of more than 100 million units sold to date.

That level of success is definitely cool factor #1. But there are others. 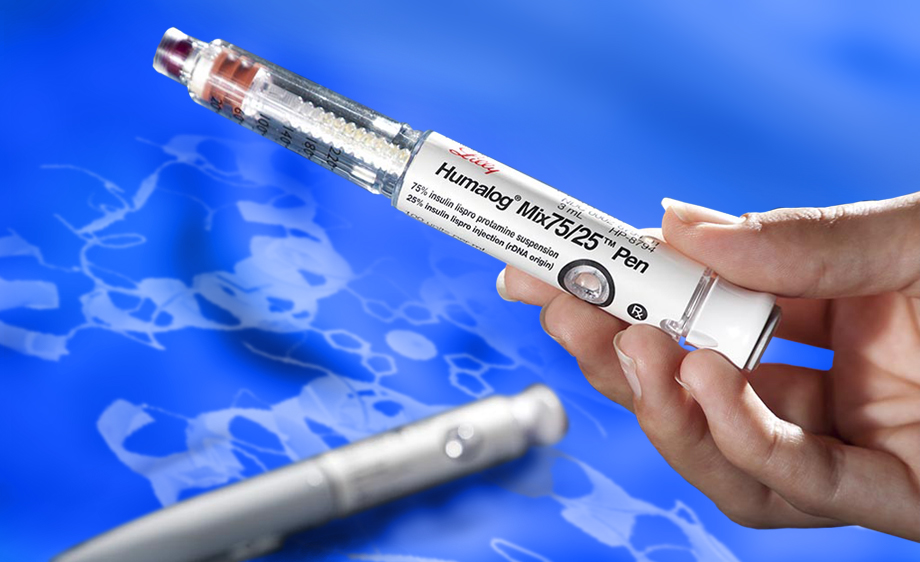 The project had been my first as an independent consultant. After 15 years as a staff engineer working within companies, I thought the time was right to strike out on my own.

Having worked throughout the Midwest for some time, my portfolio and network drew me to Chicago, which – along with San Francisco and New York City – is one of our nation’s acknowledged centers of design. Anyone who has worked in those kinds of places can testify to the exhilaration of working within a concentration of great talent.

Within that context, I was part of a 10-person primary team contracted by IDEO’s Chicago product development office on behalf of Eli Lilly. That’s just fun to say: IDEO and Eli Lilly. One of the world’s renowned product design firms and one of the world’s major pharmaceutical developers. It was an 18-month project that would involve numerous subcontractors, suppliers, and manufacturers.

I was in designer heaven.

We were tasked with developing a simple, cartridge-based hypodermic pen for self-administering extremely accurate doses of insulin.

Basic parts: insulin cartridge, needle, body, plunger, dosage-dialer. The user / patient removes the pen from the box, attaches a clean needle, dials the dosage they need, and self injects. Requirements dictated it had to fit conveniently into purses and pockets. It had to survive the everyday jostling, drops, and everyday abuses to which we subject things.

My role was multi-faceted. Designing some parts in whole. Tweaking other part designs. Working with the molder and resin supplier to get the parts molded right. One major challenge (especially for the “plastics guy”) was attaching the cartridge sheath to the main body. I remember evaluating the use of solvent bonding, where we explored the use of different solvents to attach the two parts. We developed a test where we locked the body in a vice, threaded a cord through a hole in the sheath, and then measured the force to pull them apart. Success was that the plastic tore before the solvent bond gave out.

There were also the “failure mode effects analysis” where we tried to list and evaluate the thousands of ways any device can go wrong or be utterly misused. What if someone misread the dosage dial? What if they pushed the plunger and nothing came out? A single cartridge can contain multiple doses. How do we assure that it never under-doses?

So many designs we work on strive to be beautiful, to inspire, to win awards. Our job on this was to be invisible. The pen does exactly what it does. Used right, it does it well, unobtrusively. Then it tucks away where you don’t have to worry about it until you need it again.

Imagine my surprise when I discovered a box of these insulin pens in my mother’s fridge when I was visiting. It wasn’t surprising to find the pens in her fridge. I’ve known for years that my mother took insulin for her diabetes. What surprised me was discovering my work, up front and personal, in an entirely new way.

“Hey,” I said out loud to myself. “I helped design this.”

I quietly felt a glow of pride, discovering my own handiwork with fresh eyes. It had achieved the one thing we wanted it to: It worked. And that means we designed it right.

My mom even likes it.

Eric R. Larson is a mechanical engineer with over 30 years' experience in plastics engineering. He is the Owner and Chief Engineer of Art of Mass...