Unlike many other materials, thermoplastic materials have a unique relationship with heat.

The “dog days of summer” are upon us. I used to think the phrase had something to do with feeling lazy – like a lazy dog – as a result of the summer heat. However, a quick internet search revealed the phrase actually comes from the star Sirius, the Dog Star, which is the brightest star in the night sky. Sirius is located in the Canis Major constellation, and in the Northern Hemisphere, it is visible on the eastern horizon just before sunrise in the months of July and August. Since the days of the early Greeks (and the Romans, and the Egyptians) the phrase has been used to describe the hot, sultry weather that occurs in the Northern Hemisphere during this time of year. 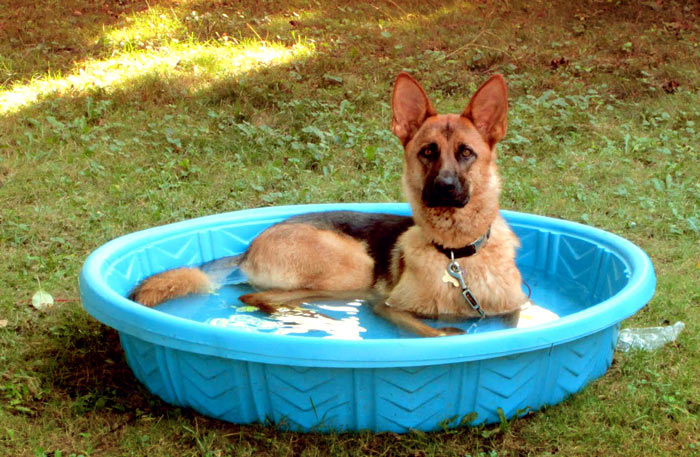 Regardless of the origin, the phrase brings to mind the challenge of selecting plastic materials based on heat requirements. Unlike many other materials, thermoplastic materials have a unique relationship with heat. This relationship is reflected in their name – from the Greek word thermós meaning heat. While the relationship, and the measured values of specific properties at any given temperature, varies depending on the material, it is helpful to remember some basic guidelines.

All thermoplastic materials soften (and/or melt) at high temperature. However, even at temperatures much lower than Tg or Tm, long-term exposure to heat will have a detrimental effect on a thermoplastic material. The primary reason is that this exposure to heat causes a breakdown of the polymer chains, resulting in a lower molecular weight distribution and a loss of properties. The most common losses are in elasticity and toughness, but other properties are affected as well. The temperature at which this degradation begins to occur will vary, depending on the chemical family of the polymer, as does the exact chemical mechanism involved (oxidation, depolymerization, etc.). Occasionally, this degradation can be reduced through the use of additives known as heat stabilizers. It still occurs, but at a higher temperature and at a lower rate.

One commonly referenced material property is known as the heat deflection temperature, or HDT. This is a standard test where a specimen of a material is subjected to a defined load and then slowly heated while measuring the deflection. As the material gets warmer, it becomes less stiff and the deflection will increase. Once a defined amount of deflection is achieved, the test is complete and the temperature is recorded. This temperature is the HDT for that material. Occasionally, the HDT will be measured using different loads (most data sheets will reference the load along with the measured HDT).

The HDT test itself is simple to conduct, however, the test is merely an assessment of material stiffness at elevated temperature. It is NOT an assessment of the actual service temperature of that material, nor does it make any prediction of polymer degradation. Also, since the test is short term in nature, it should not be used to evaluate long-term performance.

There are some defined tests which can be used to quantify service temperature, based on electrical properties, mechanical properties, etc. One useful test is UL746B, from Underwriter Laboratory. This test determines the temperature at which a given material retains 50% of a specific property value (such as tensile strength) after 60,000 hours of exposure. It is in essence a heat aging test, to determine the half-life of the material. The resulting temperature value is reported Relative Thermal Index or RTI. RTI values are always associated with a specific property, as different properties decay at different rates. It also important to remember that the values are relative.  While it is easy to detect major differences in RTI  between various materials, much depends on the end-use performance requirements. It is often only through extensive testing that one can quantify the long-term performance of a given material at a given temperature.

Many thermoplastic materials can be modified for improved heat resistance. This usually involves the use of additives known as heat stabilizers. The result of these modifications depends on the base polymer, the additive, and the properties that are being evaluated. In general, they will improve the long term performance of the base resin.

In summary, while we can often make some educated guesses about performance based on heat requirements, to thoroughly evaluate the performance of a given material in a given application, you will often need to do your own testing. That testing should account not just for heat, but ALL of the end-use environmental conditions (sunlight, humidity, chemical exposure, etc) as well as the critical performance properties.

Selecting a plastic material for high heat performance can be, for a lack of a better description, a serious challenge.

It isn’t something you can be lazy about.

Some important temperatures for thermoplastic materials.

Glass transition temperature—commonly designated as Tg, the glass transition temperature represents an important phenomenon in polymer science. Below this temperature, the amorphous polymer molecules are in a rigid state. While they are randomly organized, they are also fixed, and the structure is hard and often brittle—just like glass. Above this temperature, the amorphous polymer molecules transit into a flexible state, resulting in a softer, more malleable material. While the Tg is often given as a specific temperature, more often than not it is a range of temperatures—below that range the material is hard, above that range the material is soft (very soft). Semi-crystalline materials will also have a Tg, but it usually only affects the amorphous (non-crystalline) areas of the material, so it may not have a significant role in the overall performance of the material.

Eric’s newest book, Thermoplastic Material Selection: A Practical Guide, was published in May of 2105 by Elsevier, and is available from Amazon. Elsevier is one of the world’s largest academic publishers. This article was originally posted on the Elsevier author site, and is re-printed here with the permission of the publisher.